Arrival in Piacenza on 5th April.

On the first day, more precisely on Wednesday afternoon, all the Erasmus teachers from the involved partner countries reached the hotel in Piacenza. Hopefully, it had just stopped raining and the air had turned clear and warm again. After a little rest following the tiring journey from home, which had started very early in the morning, some teachers accepted the proposal to be driven to a supermarket nearby, where to start the Italian experience tempted by all sorts of local food specialities. Salame, coppa, ham, dried tomatoes, Parmisan cheese, almond biscuits, typical Easter dove cakes, chestnut honey, sweets and chocolates were the favourite purchases, put into bags for relatives and friends at home.
Dinner saw the cheerful group at last gathered around a long table at Fuoriporta pizza restaurant, located just next to the hotel which was early ready for everybody’s deserved sleep.

6th April: a visit to a high school and to the heart of Piacenza.
After breakfast at the hotel, the group left by private coach at 8.00 a.m. and got to Istituto Raineri – Marcora, led by Mrs Andena, the same headmistress as Istituto Comprensivo della Val Nure. The institute is specialized in agro-food studies. The Erasmus partners were welcome by the headmistress, some teachers and students, who were the guides to some laboratories and kitchens. It was time for project work and discussion, for individual work and field trip presentations and future work tips. Lunch was offered by the Italian Erasmus partner school and prepared and served by the chef-aspiring students who delighted the foreign teachers’ palates with ricotta cheese&spinach tortelli,  asparagus rice, ice-cream-filled white chocolate dessert, all of them matched by red and white local wines.
More project work followed in a classroom until 4.15 p.m. when the coach drove the group to Piacenza town centre. Once got off in Piazza Sant’Antonino, the teachers moved to Piazza Cavalli and could admire the two 17th century bronze horses by Mochi standing in front of Palazzo Gotico. Walking through Via XX Settembre, the shopping street, they got to Piazza Duomo and entered the cathedral for a quick visit. After that, they climbed to the dome through narrow staircases and enjoyed Guercino painter’s frescos depicted in 17th century. Dinner time came early at Rio Verde restaurant outside Piacenza. Other traditional and local food were served to everybody’s curiosity. 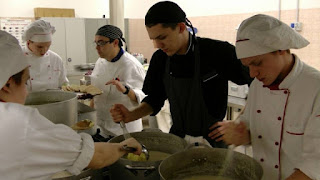 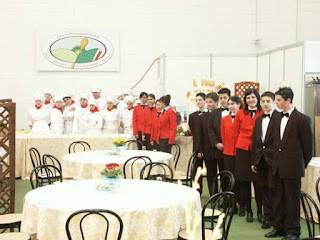 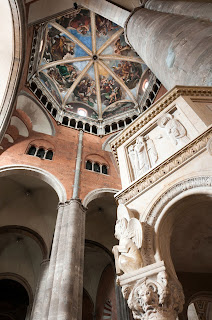 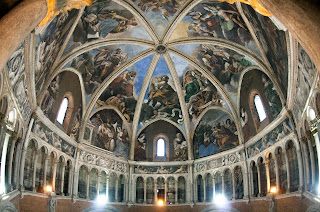 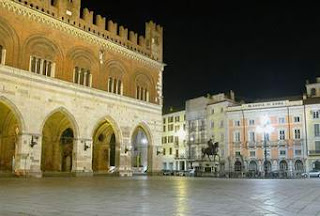 7th April: school visits and mountain walking.
The next morning at 7.45 a.m. the coach drove the teachers to Bettola, one of the five communities seats of the Istituto Comprensivo della Val Nure. The group met the pupils and Italian teachers from the primary, secondary and nursery schools and listened to their body-played music and songs. At 10.00 a.m. the party got on the coach again and headed to another seat, Vigolzone. After being welcome in the classes of the primary and secondary school, the group attended the recorder performance by the pupils, tasted the sweet and salty food offered by their families and teachers, served as mid-morning coffee break.
A few kilometres far from Vigolzone school, located on vineyard-spread hills,  the Wine Museum was waiting for a visit to be paid just before lunch at La Tosa restaurant and wine producer. Someone took advantage of the opportunity to buy some local wine: Gutturnio red wine and Ortrugo white wine, well wrapped for a safe travel home.


The afternoon began in the Nure Valley and went on in the Trebbia Valley. The coach drove along the place of the well-known historical Trebbia Battle between the Romans and the Cartheginian head Hannibal happened in 218 B.C. From Travo to Pietra Perduca the coach steep drive took about half an hour. Luckily everybody arrived in good conditions (thanks to the driver’s skilled and gentle manners!) and the group was ready for the excursion on foot. Pietra Perduca is a magic pre-historic site, a dark volcanic rock where local people (Ligurians? Celts?) used to gather for sacrifices. Next to the 11th century stone church devoted to Saint Ann, a narrow path engraved in the mountain stone leads to the top of the rock, in which two baths full of pure water still exist and house some tritons. The 360° landscape view from the flat top is somewhat amazing and worth a climb, such as the next destination just on kilometre above Pietra Perduca, that is Pietra Parcellara. The latter is taller and harder to be climbed to the top; nevertheless, some teachers were able to reach the iron cross placed on the very highest point of it, while the big of the group had a relaxed 1 Km walk to a small ghost village nearby. The fresh clear air and the stroll stimulated everybody’s appetite, so that the Erasmus party soon reached the mountain restaurant I Pastori di Travo, they were served dinner at 6.15 p.m. and could be back at the hotel very early. 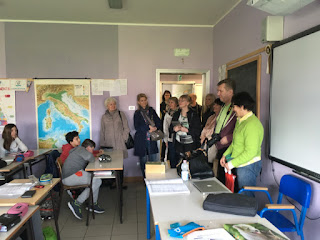 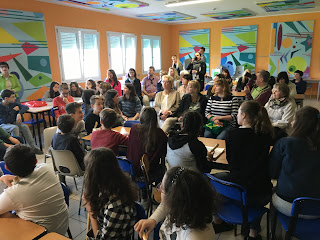 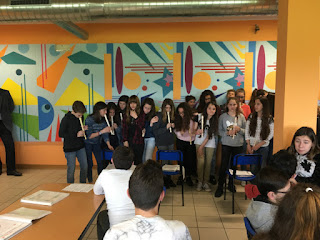 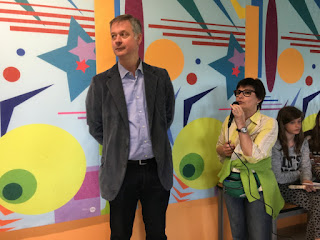 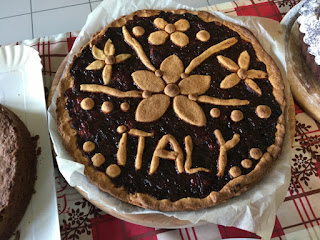 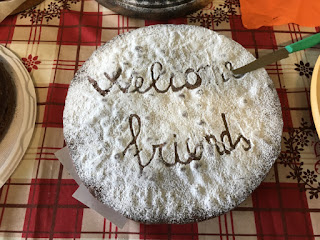 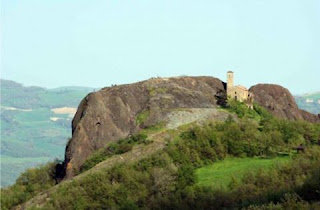 8th April: on excursion to Verona.
Early departure for Verona, old Roman town and famous location for Shakespeare’s Romeo and Juliet tragedy. The hot and sunny weather in Verona was the best welcome to the Erasmus party, who started their tour from the Ponte di Castelvecchio, along an antique bridge giving over the Adige river. The next stop was outside and inside the Arena, a Roman amphitheatre for opera and pop music performances. Then the group visited Juliet’s house and balcony, the near Piazza delle Erbe with its coloured old buildings, the cathedral and other picturesque views of the town. Shopping was much appreciated by most of the participants, as well. At 4.45 p.m. the group of teachers left for Piacenza; just a few minutes at the hotel and then on the coach again for Nessie Pizza Pub for the last supper together. Pizza of different types was served in a hard rock and farewell atmosphere. Thanks to the hosting partners for the organization of the meeting, thanks to the guest partners for the presents they brought from home: it was a moving moment among friends which underlined the strong will of going on working together. More good-bye hug and kiss exchanges outside the hotel for the final minutes together. Then early bed to everyone for tomorrow early departure. 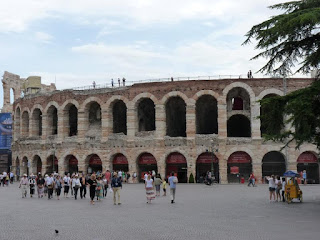 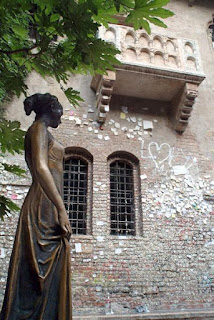